I didn’t want to get on TikTok. The idea of saying, “Yeah, I did this thing on TikTok, you should check it out,” made me cringe and feel like I was trying to be something—and someone—I’m not.

I’m put off by people who think too highly of themselves.

I’m annoyed by people who are obviously trying to build their own platform.

I help people build and market their businesses every single day, but for some reason, there was a disconnect when I thought about doing it for something I cared about and was a part of.

But dang it, every single person I talked to about growing my podcast and reaching new people said I needed to be on TikTok. It was the only platform built to show your content to people you don’t know. Where Facebook, Instagram, and Twitter are primarily designed to show your content to people who choose to follow you, TikTok is different. When you open the app, you’re on a feed of people the algorithm thinks you want to hear from. Sure, you can follow people and swipe to that feed, but it’s not what TikTok is built for.

Okay – that made sense. I actually bought into it for a minute.

But I still wasn’t convinced.

The thing that pushed me over the edge of the cliff into joining TikTok was a quote I remembered hearing that suddenly started popping up in my head:

“If you believe something could help other people, you have a moral obligation to tell them about it.”

I believed in my podcast. I knew what we were talking about was important and in our first seasons, even though we didn’t have many listeners, the feedback we received from those who were listening was great. They told us how much we helped them and that they felt seen for the first time.

I knew it could help other people, so I had a moral obligation to tell them about it.

So I joined TikTok.

I didn’t tell anyone I’d joined. I just started making some videos about things I cared about. As I scrolled through my feed, I’d follow people I cared about and interact with them. I spent time crafting podcast clips to share, thinking people would see them and magically want to listen to the show.

But that didn’t happen.

For the first six months or so of being on TikTok, I gained something like 450 followers and most of my videos received between 100-250 views. The second season of our show grew a little bit, but the numbers were still a lot lower than I wanted them to be. In fact, I almost gave up on the show and killed it off because I wasn’t sure if it was worth it.

Something changed with Season 3. I noticed our podcast clips were the least watched videos on my feed. While that frustrated me—think of the time and effort it took to find the clip, chop it up, keep it within the time constraints, make it interesting but fast-paced, all of it—it also made me realize I didn’t have to do all that work anymore. What got the most interaction was me talking about the things we talked about on the show but directly to the people watching the video.

During the eight weeks of our third season, I went from 450 followers to over 7,000. I’m by no means a TikTok star, but those 7,000 followers are more than all my other social platforms combined. And the best part? 99% of the people following me on TikTok were new to me. I didn’t know them from other platforms or from real life. It was a brand new audience that an algorithm decided would like my content.

And here’s the best part:

Our show grew just as much.

I recently ran the numbers and found out our average episode in our third season, the one where my TikTok audience jumped up, grew by 514% from season two. When you compare the total downloads from the first month after we released our first episode to the first month after releasing the final episode of season three, we landed season three nearly 12 times higher than our first week starting.

If you don’t want to be on TikTok, I get it. It’s still a bit weird to me. But it’s fun now, and my show is growing. Here’s the kicker, though: not only did my podcast audience grow, but I now also have an audience on TikTok who regularly interacts with the ideas I put out into the world.

If you believe something could help other people, you have a moral obligation to tell them about it.

Like it or not, TikTok is your best avenue to tell them. 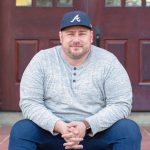 Look at your website and ask yourself: Would I buy what my website is selling? If you answered no, Jonathan Carone would love to talk with you about how you can turn your website into a money making sales machine. You can find out more about him and how he can help at CaroneDesigns.com.

More from our blog

Read our most recent