As a small Wisconsin non-profit organization, The Gathering Source didn’t have the staff or volunteer power to conduct a comprehensive social media campaign for their end-of-year fundraising campaign. Each year they had raised around $10,000 and were hoping to do so again.

With input and information provided by The Gathering Source, our team created a six week social media campaign. We focused on creating messages that invited donors to partner with the organization. The language we used positioned The Gathering Source as a guide in which donors could trust to steward their donations well. We also coordinated several emails that were sent out in conjunction with the social media messaging.

By the end of our six week campaign, The Gathering Source raised over $19,000 through donations from businesses and individuals. Their generous donors were motivated by the messaging and became the true heroes – allowing The Gathering Source to break their previous end-of-year fundraising records. 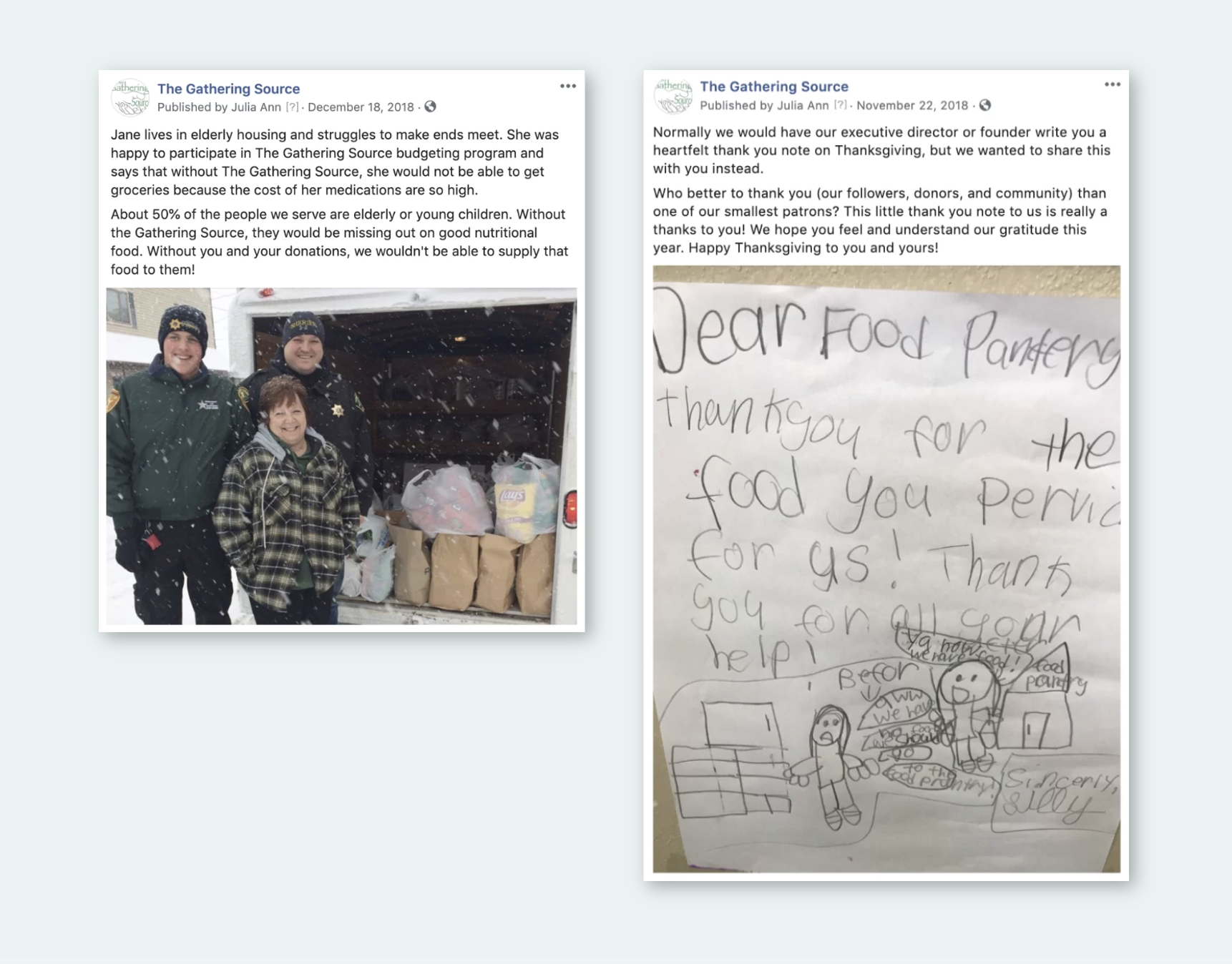 The Gathering Source has worked with Julia on our social media and website. Not only did we meet and exceed our [fundraising] goal, but we learned so much from Julia!
Laurel Lunde

Learn more about The Gathering Source
Back to Portfolio